Another great idea for everyone this weekend! Support our local team and see a great match https://t.co/NzJMZ4isvD

Happy half term to all pupils and staff! Stay safe, warm and busy! See you at 8:30 on Monday 24th.

Year 10 parents/ carers, We are taking 30 students to the Southwark Careers Fair at 160 Tooley Street SE1 2QH on 11th March 2020. We will have a sign up sheet available at Parents’ evening and with Mr Findlay/ Mrs Campbell the week after half term. @CareersHgaed

Thank you to all the wonderful HGAED parents who attended our vocabulary parent meet this evening. We should never underestimate the power of words #vocabulary #parent #hgaed https://t.co/bG72fwWUGC

We are delighted to announce that we will be hosting a Y7 and Y8 Bedrock Vocabulary parent event on Tues 11th February 5pm to 6pm. Please reserve your place now.

It’s year 10 parents’ evening on Thursday 13th Feb 4:00-6:30pm. Your daughter should arrange appointments with her teachers. See you there!

Very proud of our pupils’ assembly and the sensitivity they displayed https://t.co/sZZPbjpqxO

We will be delivering a four week course for parents/carers called: ‘Talking Teens’ by Family Links next half term. Interested? Come along to our coffee morning to discuss the course with an assistant principal and house leader on Friday 6th March 9.45am. https://t.co/E6np2UvdDF

Dear Year 11 Parents and Carers Year 11 mock exams will take place during the final two weeks of this half term, 31st Jan-13th Feb. Students will be released after any exam that starts at 1pm. Any queries please contact info@harrisdulwichgirls.org.uk

Massive thank you to @stephen_kelman for marvellous workshops for year 11. So inspiring to meet the author of Pigeon English and write together today https://t.co/yNep2vxjHD 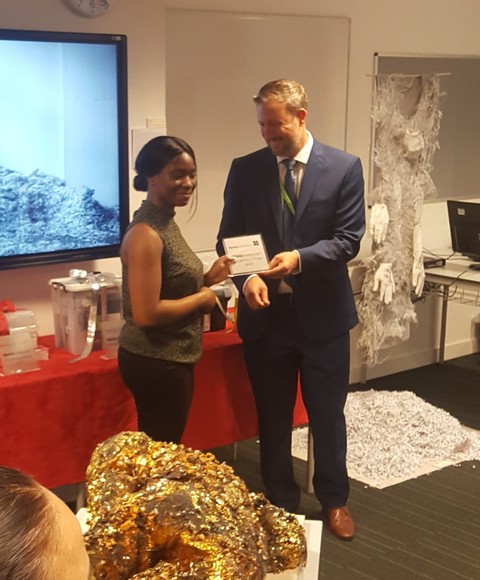 She won for her film, Lost at Sea, inspired by the myth of Drexciya, which is based on the Middle Passage, the route for ships carrying enslaved African people from one geographical location to another across the Atlantic Ocean.

The world of Drexciya begins with the creation of an underwater country populated by the unborn children of pregnant African women thrown off of slave ships. In this piece Rachelle has created a performance piece inspired by this myth. She embodies this idea through her character ‘Drexciya’, which we first encounter submerged beneath the sea. As she rises we see her searching for the souls of the lost children, which are represented through the hands.

Our Key Stage 4 representative at the awards was Zainab, for her artwork A Single Fugitive (pictured below), made from tape, wood polish, gold foil, and volcanic sand. Zainab was inspired by the ruins of Pompeii and the ancient civilisation that occupied it. Zainab’s work is a multimedia cast of a body that is positioned like the bodies that were found in Pompeii. 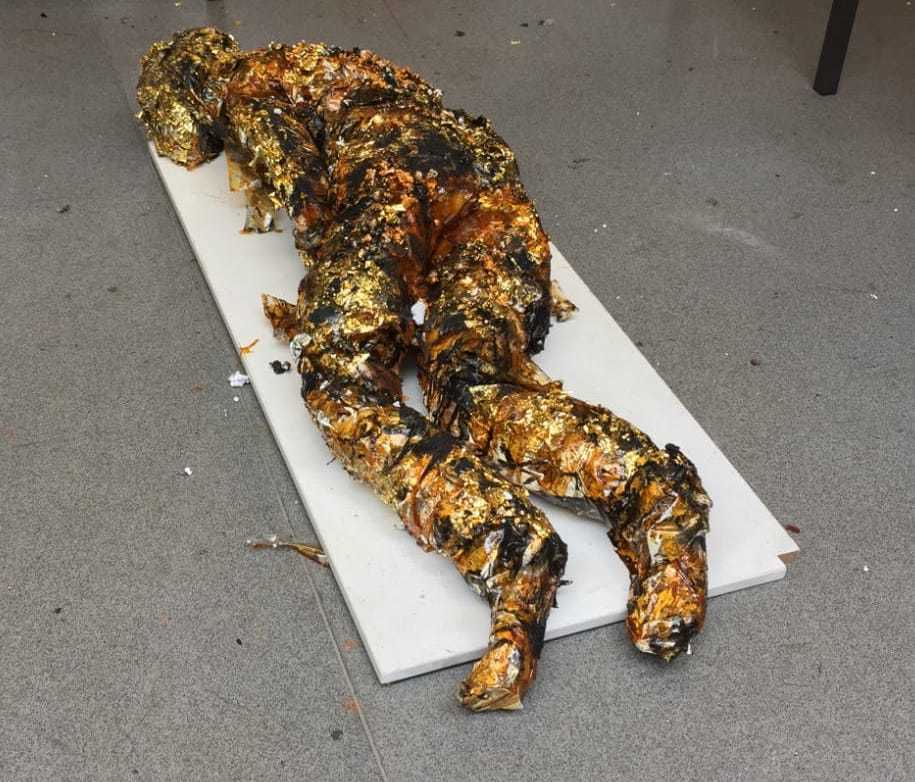 Rachelle pictured with her prize. 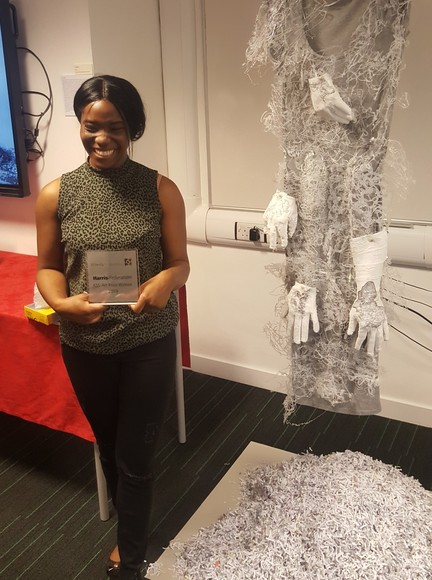